The N/W corner of King on John . The original occupant was  Toronto’s first hospital which in turn was replaced by the elegant Arlington Hotel.
Below, a good and correct drawing! 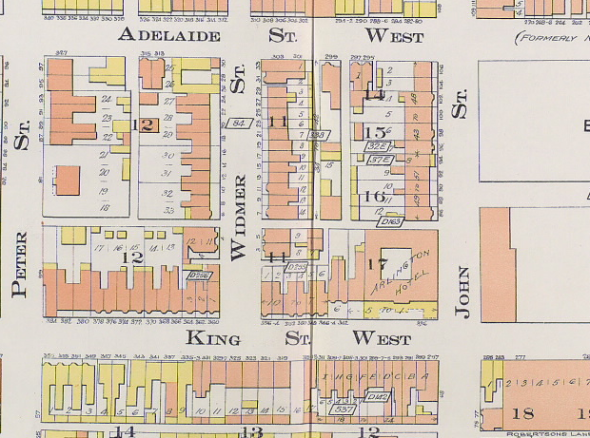 This fire insurance map shows the hotel situated on the N/W corner.
The red portion indicates a brick structure and the yellow, the wooden porch.

Looking west across John Street in the early 1960’s. Farb’s car wash on the N/W corner was knocked down in the early 90’s and the site remained a parking lot until the Bell Lightbox was built last year. Note the neon sign. 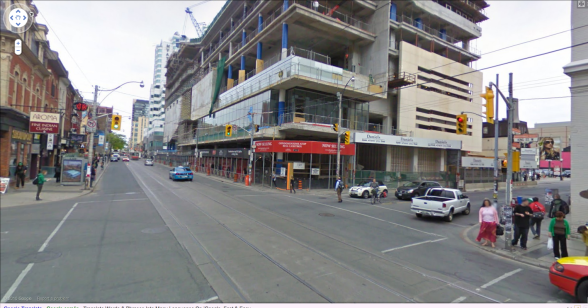 King Street in the winter of 1961 looking west from John, Farb’s Car Wash (“The World’s Finest”) is on the right. A closer look at the south side reveals Authors and Cox sellers of medical trusses (hernia belts) crutches, supporters and invalid chairs. Behind, peaking out is a sign for Wilcox Signs, still in business and now located on Dundas near Dufferin.